Welcome to Via Fondazza, a long porticoed street in the crayon-red historic centre of Bologna. This is where Federico Bastiani first opened Social Street, a Facebook page, in 2013. His aim was simply to make new friends.

After posting a leaflet on his street inviting people to join, the group quickly grew and neighbours started talking to one another. 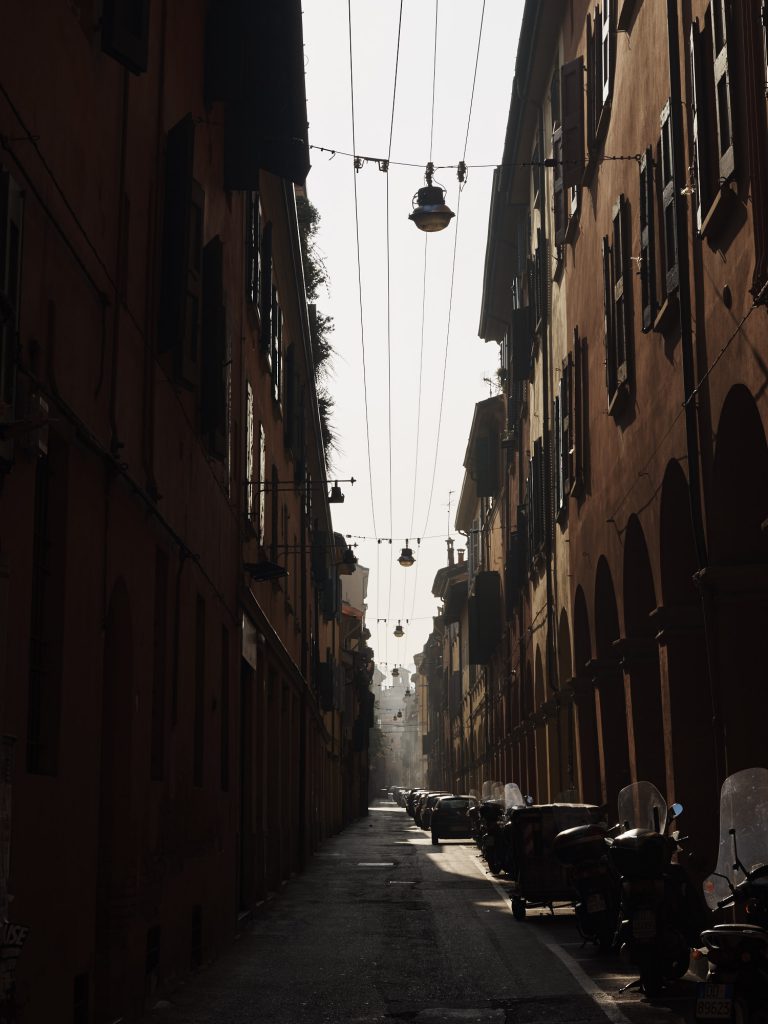 “Man is a social animal and always has been,” Federico told Portraits from Italy. “We can’t hide our nature. Maybe we’ve forgotten, maybe technology has told us that we can do without other people, but the truth is that it isn’t like that.

“For me, Social Street is feeling at home and recognising people on your street, even when you’re not physically at home. It’s not a small thing to feel part of a community.”

There are now 452 Social Streets in Italy, many have sprung up across Europe and some as far as New Zealand and Brazil.

“At the heart of Social Street is unselfish socialising,” explains Federico. “It’s a small but important detail because we often understand socialising as getting to know someone to get something out of it – for example, knowing people because it will help us expand our own network of possibilities and contacts, just for ourselves.

“Instead, when we say unselfish socialising, we mean knowing who lives 10 metres away from you, purely because they are your neighbours and not because you could need them.”

Pictures were taken by Francesca Bastiani and James Whitty. The videos are from the Social Street YouTube channel. You can learn more about Social Street at socialstreet.it

Tension is rarely far from the surface in Bologna, the capital of
Hidden behind the graffiti and street-art walls of an abandoned warehouse in
Daniele Del Pozzo is artistic director of Bologna’s annual Gender Bender festival. It aims to
Originally from Ethiopia, Germanish owns a Habesha restaurant in Bolognina, an inner-city
Ritmo Lento – ‘Slow Rhythm’ in Italian – is the name Pasquale and Alessandro chose when
Go to Top